Japan has acknowledged publicly that it uses overseas aid to secure support for its campaign to have the international ban on whaling lifted.

Fisheries ministry head Maseyuku Komatsu said Japan needed to use diplomacy and overseas aid because it lacked other ways, such as military might, to influence other countries.

He told Australian television he saw nothing wrong in doing so.

Minke whales are caught for "research"

Correspondents say a number of South Pacific and Caribbean countries are thought to have accepted aid in return for backing Japan's efforts to get commercial whaling restarted.

Six Caribbean countries voted with Japan last year on virtually every motion at the International Whaling Commission (IWC) meeting in Adelaide, including rejecting an Australian move to create a whale sanctuary in the South Pacific.

Mr Komatsu said: "Japan does not have military powers, unlike the US or Australia. You may dispatch your military power to East Timor.

"So, in order to get appreciation of Japan's position, of course, that is natural we must resort to those two major tools. I think there is nothing wrong."

Later, an official from the fisheries ministry in Toyko denied Japan bought support for its position.

The official said Japan gave aid to 150 countries and some of the biggest recipients, including India and Argentina, were strongly opposed to whaling.

Mr Komatsu referred to minke whales, which Japan is allowed to catch under a scientific research programme, as "cockroaches of the oceans".

Asked what he meant, he said they were too numerous and quick.

New Zealand's Prime Minister Helen Clark said: "Japan must surely be embarrassed by the revelation from one of its own senior officials.

"When put alongside Japan's long-standing but spurious assertions that it is taking large numbers of whales for purely scientific and research purposes, this confirmation of Japan's tactics shows the desperate lengths it will go to maintain whaling.

"If Japan is indeed indulging in the sort of behaviour alluded to by Mr Komatsu, it can only underline the bankruptcy of its stance on whaling."

Dominica is one of the Caribbean countries that faces accusations that it is sacrificing its reputation as a guardian of wildlife in return for Japanese cash.

Dominica's Environment Minister, Atherton Martin, resigned last year in protest against what he saw as proof that his country had been bribed by Japan to support it in an IWC meeting.

He told the BBC at the time: "They announced that if they couldn't get Dominica to come along with them, they would have to place Dominican projects under review.

"If that is not an extortion by the Japanese Government, I don't know what is.

"They are saying, 'You either go with us or we pull the aid.'"

The IWC is about to meet again in London, UK. 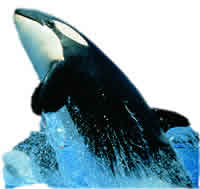